Soft brakes are poor braking power, hard brakes are good? The “soft” and “hard” brakes of the car

Soft brakes are poor braking power, hard brakes are good? The “soft” and “hard” brakes of the car

Soft brakes are poor braking power, hard brakes are good? The “soft” and “hard” brakes of the car.

The braking system of a car can be said to be the most important part of car safety.

The first thing that comes to mind when judging the safety of a car is how much the braking distance of the car is, the performance of the brake heat recession and so on.

Once the car braking system problems, it means that the driver has a safety risk.

When you encounter the following problems while driving, you should pay attention because it is not only about your own safety but also about the safety of pedestrians, public facilities and buildings.

Many people think that the brakes are soft so the braking force is poor.

Indeed, for some cars with brake problems, one of the signs is that the brakes are soft, and there are no brakes when stepping very deeply.

In addition, the aging brake system will also appear in this condition.

Soft brakes and hard brakes are actually common terms that can be interpreted as the relationship between the strength of the foot on the brake pedal and the actual vehicle braking speed.

For vehicles with normal braking system, soft and hard brakes do not represent good or bad braking performance, but just different tuning effects of brakes, in fact, cars nowadays are generally equipped with ABS, regardless of whether the brakes are soft or hard, as long as the brake pedal is kicked down vigorously and quickly to trigger ABS.

There are different schools of thought.

Japanese brakes are generally soft, while German and some American cars are relatively hard.

Of course, if your braking system really appears to have a sudden drop in braking power, it is a malfunction, and has nothing to do with softness or hardness.

Is it better to have soft or hard brakes?

Although the judgement of brake softness is largely influenced by the main factors, generally speaking, soft brakes refer to the slow response of the vehicle’s braking system and slow deceleration after the brake pedal is pressed, and the vehicle needs to be pressed hard to the end to stop the vehicle.

1, the advantage of soft brakes is that when driving at low and medium speeds, the braking force is easier to control, especially in congested road conditions will be more comfortable to follow the car.

But when you need more braking power, the pedal stroke is longer and requires more force.

2. The advantage of hard brakes is that the brakes are more responsive and the braking force response is more rapid.

However, it is more difficult to grasp the braking strength when driving at low speeds, and it is easy to nod and produce unnecessary sharp braking, which may even cause rear-end collisions and greater driving pressure for novices.

But honestly, either soft or hard brakes do not meet the requirements of a well-tuned car, and the brakes of a car that really meets most people’s driving habits should be “both soft and hard”.

Although the brakes of a car are decided at the factory, it does not mean that we have to put up with brakes that are not suitable for us.

When purchasing a car, you can focus on the braking system of the car and try to see if the brakes are suitable for your driving habits.

If they are not suitable, you can go to an auto repair store after picking up the car and ask a professional to have the brakes professionally tuned to the most suitable state for you.

Bouncing when stepping on the brakes

This is more common, the brake pedal bounces off the top of the foot when the brakes are applied.

The causes of this phenomenon are the car’s ABS working, brake discs, uneven surface of brake pads, deformation of the rims and so on.

It is best to do a simple check first to confirm whether the problem is serious and whether you can continue to drive to a repair shop. 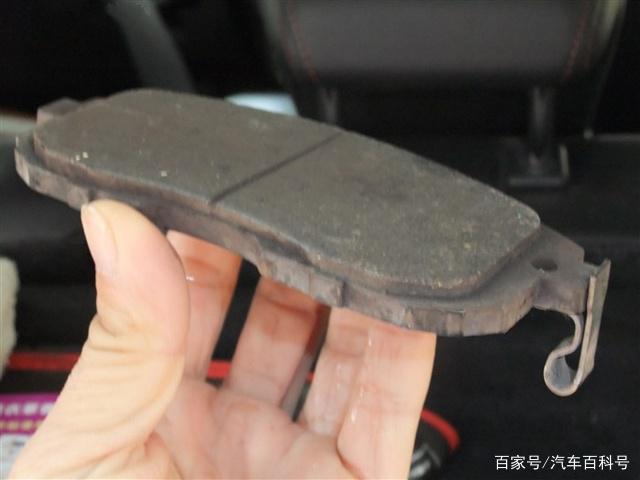 To put it simply, this can be interpreted as a softening of the brakes.